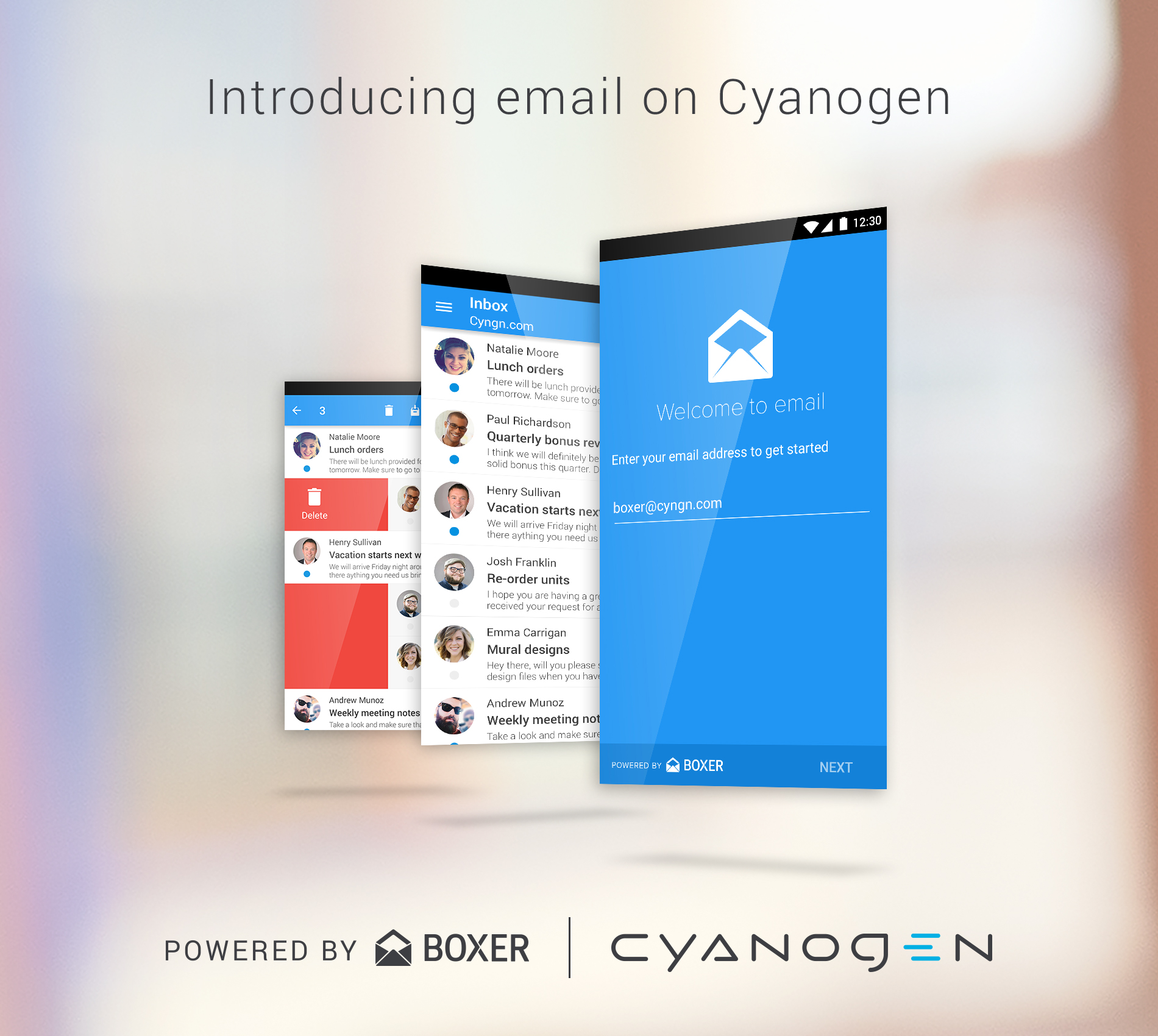 The open source version of Cyanogen on Android, Cyanogen OS, has millions of followers and comes pre-installed on a handful of devices across the world. The company recently made a series of announcements, including a rebranding, a partnership with Qualcomm, and a new device from Alcatel. Today, Cyanogen announces a partnership with the Boxer messaging app to preload the app on the next version of Cyanogen OS. Boxer on Cyanogen will carry the Cyanogen Email powered by Boxer branding and match the overall aesthetic of the rest of the Cyanogen platform.

Cyanogen users will enjoy the same experience as Boxer’s “pro” level available through Google Play and other app stores, with support for multiple accounts, Exchange ActiveSync, customizable alerts and gestures, and integrations with cloud storage providers such as Box, DropBox, and Google Drive. Boxer supports all major email providers including Gmail and Google Apps, Yahoo, Outlook, iCloud, and standard IMAP and POP3 accounts.

Cyanogen Email Reduces Business Dependence on Google ServicesCyanogen Email, which replaced the basic email app that shipped with the platform for years, joins the company’s secure email client, which allows users to send and receive encrypted text messages. Cyanogen says Gmail will still come pre-installed on devices with Google’s services, but that will encourage users to try out the new Boxer experience.

For Cyanogen, a partnership with Boxer allows it to depend less on Google’s own services, which now dominate the experience on Android. It also gives the platform a better messaging experience than before, allowing it to better compete with versions of Android developed by Samsung, LG, HTC and others. On the other hand, Boxer will have its app and services in front of many more potential users. (Currently the Google Play Store List for Boxer only shows 50,000 to 100,000 downloads, which isn’t exactly that big for an app that’s been available for three years, but that doesn’t count installs from other app stores.)

Exclusive: Gmail will soon allow you to have a personalized email address for $ 2 per month

4 ways to use personalized email addresses

4 ways to use personalized email addresses