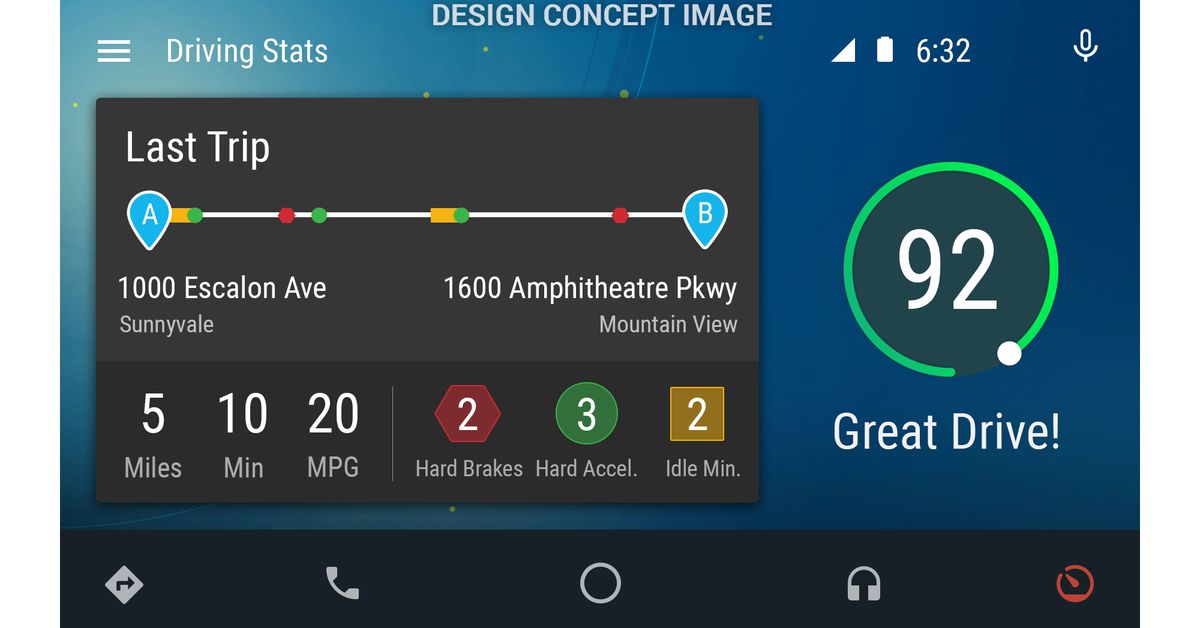 At Google I / O today, Hyundai will showcase a new Android Auto app that adds a bunch of vehicle-specific features. The automaker claims that it is “one of the first OEMs to present such an application”, which brings us closer to the dream: never having to leave Android Auto to access another user interface in order to use other functions of the car.

But at least for now, the app doesn’t control key aspects of the car like heating and cooling. Instead, you get a bunch of ancillary features like access to roadside assistance and Hyundai service appointment scheduling, a monthly vehicle report to report any service issues, and vehicle tuning. valet alert, which alerts you on your phone if a valet picks up your car. outside of a predefined limit.

As Android Auto and CarPlay gain traction in the industry, there is still an ongoing struggle for control over the user experience in the dashboard – Google and Apple have their own user interfaces, while the brands automobiles have another. Most automakers have expressed interest in retaining control of the main interfaces, relegating Android Auto and CarPlay to “apps” within them. Hyundai, however, has shown more interest in relinquishing control and letting Silicon Valley guide the platform, inserting car-specific features inside. It was also the first automaker to market with support for Android Auto, debuting on the 2015 Sonata.

The new app, called MyHyundai, is expected to be available later this year.

The Custom App vs SDK duel is on!